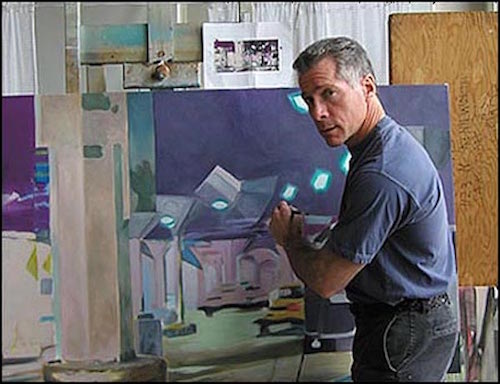 A common concern throughout my work has been light, regardless of media or genre. My desire to paint has manifested itself in exploration of the textures and juxtapositions of the urban landscape, remnants of our native prairie, the imagery of popular culture, still life and the human figure. In trying to portray and sometimes combine these varied interests, light has always been a central concern and motivating factor. Recent work has flirted with abstraction, pattern and collage, but light remains a central motivating force.